skip to main | skip to sidebar

trough out the school year I've learned that if you try your best you will succeed in it for example i thought i wasn't going to pass the t.a.k.s test put so i did. what i don't like about this school is the uniform i would of liked being able to wear what ever you want i think uniforms is just some dumb idea to torture kids and make them look bad. what i also hate is some of the teachers there so boring some time and so strict and ugly like mr. bradfford
Posted by francisco orozco at 9:03 AM No comments:

The holiday commemorates the Mexican army's unlikely victory over the French at the Battle of Puebla on May 5, 1862. Here in America we've of course hijacked the story and turned it into a Latino St. Patrick's Day. The margaritas and cerveza will be flowing all over town, including at the new in Silo Point.

The Locust Point newcomer will have a taco bar with whole roasted pigs, grilled veggies, and a host of fresh salsas. Discounted XX Drafts, Tecate 16oz. cans, and 16oz. Sauza Margaritas, and tequila shots at the bar. Note that it's cash only.


Since today is the Cinco, I thought I’d share some recipes that can be prepared today. The secret to my Cinco success has always been keeping the main ingredients simple but providing interesting salsas.thats alll.
Posted by francisco orozco at 8:20 AM No comments:

everything that makes me smile

the best things that make me smile are my cats and my fish whenever I'm sad i go to to my pets to see them interact and they Cheer me up. hole boles across the street make me smile because i can see that there not giving up on there goal to get a life and Fed themselves helps set a good example for me to never give up. my family i think sometimes support me and know that they at least care a little about me which shows that they care a little but they love my sister more. the best things that make smile are the pictures of my past to remember how much i use to enjoy life.
Posted by francisco orozco at 9:05 AM No comments: 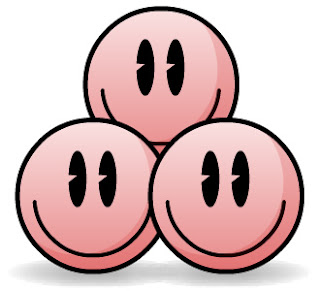 who i admire is my mom because i never understand the things she does for me and th sacrafices she does. even when i get in trouble i know that she lives me after all the things ive done im pretty shure is already sressed but i know that she dosent hate me but she dosent love me as much any more. i have really been listening to what she says and i dont trust because she is a snitch and all she does is gossip. So all i do is never tell her anything but i still love her no matter what. why i admire my dad because he always makes me happy even when he disiplines me i still love him sometimes i was so scared of him i was shaking but know i grew up and got over it. know me wnd my family of six live in piece. but there are still some arguing and trouble making in the house but other than that i love my parents for what they do an the care for me.
Posted by francisco orozco at 9:00 AM 1 comment:

what happened in drug free week was this person was a under cover agent that trying to stop huge drug dealers that this famous person tried to stop. he stooped many cases of drug dealers trying to sell more drugs to people after the personhad solved many cases about drug deelers he was close to solving this big case about this big wanted drug deeler but sombody knew what he was doing and snichted to tthe drug deller who send some guys to kill the agent. thats why people remember him and by remembering him people created drug free week to remember him by hid death.
Posted by francisco orozco at 9:09 AM No comments:

Red Ribbon Week is the oldest and largest drug prevention campaign in the country. Although the start end dates can vary slightly depending on the organization and source, Red Ribbon Week generally takes place the last full week in October, with the weekends before and following the last full week included as appropriate celebration dates. This year Red Ribbon Week will be celebrated October 17-25, 2009.Red Ribbon Week serves as a big celebration and memory for communities and individuals to take a stand for the hopes and dreams of our children through a commitment to drug prevention and education and a personal commitment to live drug free lives with the ultimate goal being the creation of drug free America.Drug free week will be remembered for many years. Every one will know drug free week will be very help full for many people in are community. That's what I have a great inspiring thing for drug free week.
Posted by francisco orozco at 8:53 AM No comments:

a story about emil orlik

Emil Orlik was born Prague on 21st July 1870 . At that time Prague was the capital of a province of the Austro-Hungarian Empire and thus he was an Austrian citizen, not Czechoslovakian as is frequently stated. His family, being Jewish, lived near the Prague ghetto. His father was a master tailor as was his brother Hugo. There was a large German speaking community in Prague (called Bohemian Germans) including an artistic circle which included friends of Orlik's such as Franz Kafka, Franz Werfel, Max Brod and Rainer Maria rilke

Throughout his school years Orlik had been passionate about drawing and on leaving school in 1889 he was allowed by his father to go to Germany, hoping to be enrolled at the Academy of Fine Art there. He was not accepted however, so he enrolled at the private art school of Heinrich Knirr in Munich, where a fellow pupil was Paul Klee. Orlik's target remained the Munich Academy and he gained a place in 1891 under Professor von Lindenschmit who soon recognised his talents and allocated him a small studio. Orlik worked hard, copying old masters at the Munich Pinakothek, constantly improving his techniques. In 1893 he won the silver medal for two of his pastel drawings which were shown at the academy's annual exhibition, with the honour of hanging near works by Adolph von Menzel, one of the most prominent artists in Germany. The Academy had a department led by Professor Raab teaching copper engraving. Orlik enrolled for these classes but was at loggerheads with the professor for branching away from the curriculum, experimenting with all aspects of etching and lithography. He was soon doing work beyond Raab's understanding. In 1893 Orlik impetuously left the academy as he felt constrained by conservative academic training. He wanted to start working in more modern styles and was drawn to the Munich Naturalistic movement and the circle around Wilhelm Leibl. After a year of military training he returned to Prague in 1894 and painted and made prints of his friends and surroundings there.
Posted by francisco orozco at 8:49 AM No comments: